Hannah Williams has become the first British athlete to take a title from her sister as she was crowned the British 200m title in Manchester. Her older sister Jodie won the same event during the 2019 British Athletics. Williams said, “It is great that the British title can stay in the family.”

Her time of 23.83 seconds was much slower than she wanted but the run was still enough to leave her comfortably clear of Georgia Adam in second and Rebecca Jeggo in third.

Williams, who runs for Herts Phoenix, said: “I am so over the moon winning the British 200m Championships, it’s such a dream come true.

“My older sister won the title last year telling me that I needed to keep the title in the family and I did just that. During the lockdown I have worked so hard in order to concentrate on my speed as it’s a weakness of mine. My coach Glyn Hawkes and myself decided it was best for me to concentrate on the 200m this year to see what times I could produce.”

The 22-year-old says the victory will change her focus slightly, as she has proved that she can do the less-than-common double of 200m and 400m. She also commented that this will have an impact on her speed over the longer distance. She added:

“Based on my results I now believe that I definitely have the speed to make marked improved results in the 400m. I won my heat with a 23.95 and the final in 23.83, I was hoping to gain faster times but as I’m used to running 400m in which you only run once a day, getting used to running more races in one day is a learning curve.” 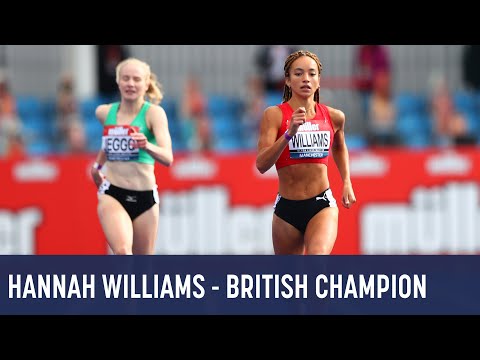