Christian Malcolm will be the first black person to be appointed as head coach for the British Athletics. Malcolm will now leave his role as head of performance and coaching at Athletics Australia, a role he has held since January 2019. The 41-year-old Welshman will now lead the Great Britain and Northern Ireland senior teams at major championships. His new role also involves working alongside coaches and athletes to support performances across all disciplines and event groups.

Following an inspiring competitive career from which he retired in 2014, Malcolm had been the British Athletics technical lead for sprint relays, a spot he held from March 2015 to December 2019. A highlight of his career was the 2017 World Championships in which his team won the double sprint relay medals. The women’s team won silver, whilst the men’s 4x100m team won a global gold sprint relay medal for the first time since the 2004 Athens Olympics.

This achievement saw Malcolm named Coach of the Year at the 2017 BBC Sports Personality awards, alongside Stephen Maguire and Benke Blomkvist. As a coach to athletes he has also had victories in the para athletics programme, most notably in his role as a Performance Coach at Disability Sport Wales for just under three years. Athletes he coached include: Jordan Howe, who won the 100m silver, and Rhys Jones, who finished 4th at the 100m, both at the World Para Athletics Championships London 2017.

During his competitive career Malcolm represented Great Britain and Northern Ireland. His World junior sprint double gold in 1998 gave him his credentials to the sport, with him going on to compete in four Olympic Games. Other wins include a European Indoor gold and silver, World Indoor and European Championship silver, Commonwealth silver and bronze, as well as two World bronze medals as part of the Great Britain and Northern Ireland 4x100m relay team. This success has meant that his competitive career has helped underpin his success in the coaching ranks.

“Words can’t describe how excited I am to have the opportunity to take this role on and be part of a new start for British Athletics. As an athlete I knew I wanted to give back to the sport when I finished competing.” 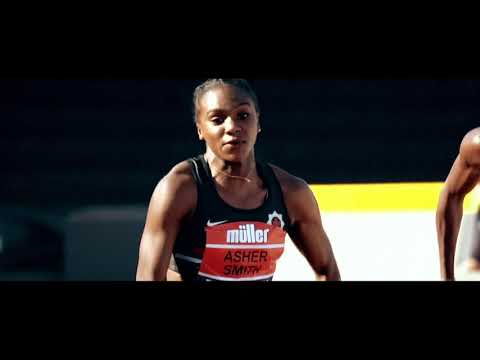