2020 British Athletics Manchester Round Up.

Sophie McKinna broke a record over the weekend with her fifth shot put throw reaching an impressive 17.88m. McKinna’s main challenger, Amelia Stricker, best throw was 17.47m, which placed her in second. Serena Vincent’s third round throw of 15.60m saw her claim bronze.

​The records didn’t stop there with Hannah Taunton breaking the women’s T20 5000m world record. After crossing the line in 17:17.30 to break the world record, Taunton said:

“It was good but very hard running on my own out there. But I really enjoyed the experience as it was my first one. It is so special to get a T20 world record. When I came into this race, I thought about how a few years ago I just wanted to run on a track 5k and now I am here at the British Championships.”​

Another success came from Jess Judd, who claimed her first British title in the last final of the night. Judd had previously won medals in 800m and 1500m at the British Championships, but had never won a British Championships gold. That was until she stormed to victory in the women’s 5000m final. Judd finished nearly four seconds ahead of Verity Ockenden with Amelia Quirk, setting a new personal best of 15:43.35 to finish third. 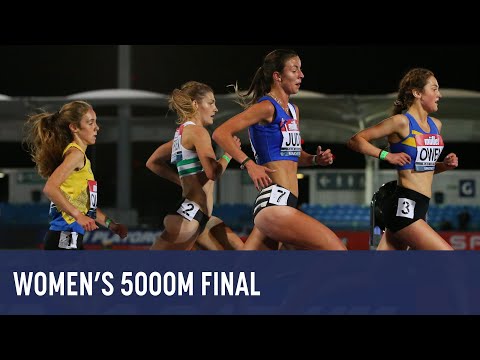 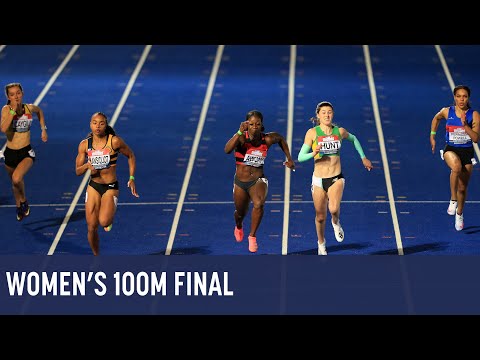 The women’s 100m finals didn’t disappoint viewers with an exciting fight to the finish line. The result meant that winner Imani Lansiquot claimed her first British title in the women’s final. Lansiquot showed strength and sheer determination to come through in the final 20m after fast starts from 60m indoor champion Amy Hunt and Kristal Awuah. Lansiquot stopped the clock in 11.26 but it was close for second with Awuah getting the better of Hunt on the line. ​

Shortly after the Lansiquot’s first British title, Harry Aikines-Aryeety ended his wait for a gold medal at the British Championships with victory in the men’s 100m. This was his 12th attempt at winning gold and he set a season’s best time of 10.35 to win, ahead of Ojie Edoburun and Tommy Ramdhan. After finally winning, Aikines-Aryeety was delighted post-race and said:

“This means so much. British sprinting is at its peak at the moment. There are many sprinters not here, but we are here and doing them proud as well because they are such great guys.” 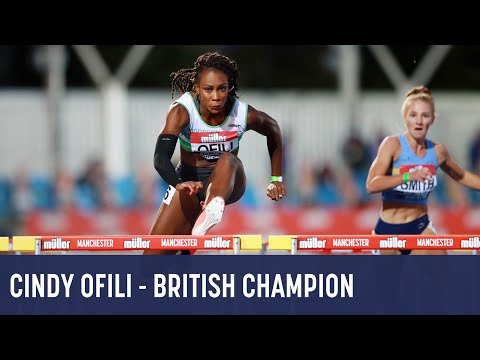 In the women’s 100m hurdles, Cindy Ofili retained her title in what proved to be one of the closest finishes of the weekend. 17-year-old Lucy-Jane Matthews pushed Ofili all the way to the line, but Ofili (13.16, 1.5m/s) had the edge to finish four hundredths ahead of Matthews. This was a personal best for Matthews of 13.20. Third went to Heather Paton.

David King took another British Title in the men’s 110m hurdles. He arrived at the championships as the reigning outdoor and 60m hurdles champion. King managed to retain his title in 13.58 (0.3), getting the better of Cameron Fillerym, which is a repeat of last year’s top-two. With Miguel Perera crossing the line in third. King said:

“I am really happy with that and a very fast time for a cold evening in Manchester. That really sets you up for the big ones. I am running well and have improved technically so I am very happy. I am so pleased this was able to go ahead – it has been different with no hurdle practice in the warm-up but that’s why the first run was so important to actually be able to hurdle. It has been a great event so far.” 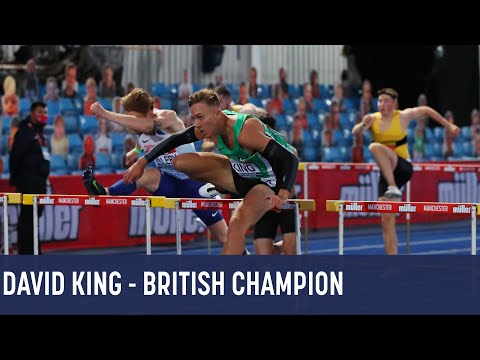